Kicking Fear in the Teeth

So where is Rise?

The same place it has been for the past month. On my computer just waiting for me to take another step. It’s 99.9% finished. So why aren’t things moving along? 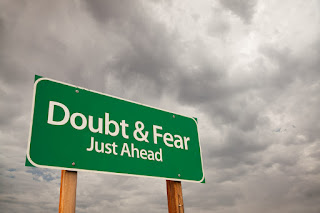 What if they rip it apart?
What if it's not as good as it could be?
What if I missed something?

I have a trip to Boston coming up soon. I don’t know what it is, exactly, but when I heard my husband was headed there for a business trip, I just needed to go too. After he booked the flight I had to go into another room and make myself breathe because I was suddenly overwhelmed with all that it would mean.

Flying in a plane with other people and no way out.
Wandering around by myself in an unfamiliar city.
Figuring out where to eat and being okay with sitting at a dining table alone.
What if I get lost?
What if someone tries to talk to me?
What if…
What if…
What if…

I decided a few years ago that I will never let fear prevent me from doing something I want to do. There’s just too much life out there to experience to live it any other way. And while my fears may seem silly to others, I don’t need to have anyone else validate them to know that they are struggles for me. Don’t we all have that thing that hinders us? That thing that pops up just to remind us that we’re human? The thing that has the potential to keep us from truly letting go and thriving?

So you and I are going to take all of those “What ifs” and kick them in the teeth. Whatever the thing is that holds you back…or rears its ugly head just when you’re beginning to feel brave enough to try something new. We’re going to tell it to take a hike.

We’re not perfect people, so why do some of us try so hard for perfection? I think one of the worst fears we wrestle with is fear of failure. Everything we attempt, everything we want to try is polluted by the nagging doubts that want to defeat us before we even begin. If I happen to miss a word or have a double space in a sentence in a novel of 196,000+ words, it’s not going to be the end of the world. Really. Failure doesn’t have to be permanently branded across our hearts. It’s not fatal and it’s not some omnipotent word that gets to govern how we live. No way.


I’m shaking off all of those pesky “What ifs” and trying to move forward with Rise of the Seer. I’ll save my fears for things actually worth fearing. Like clown sharks.

Posted by Unknown at 3:05 PM No comments: